To say that life has shifted over the last few years is undoubtedly an understatement. Not just for me personally, everyone of us has quite a story to tell.

I met many of you originally at the gym, yoga center or even in a corporate setting. At the time I may have handed you one of my ”Buddha cards”. I carried those with me wherever I traveled in a small silver box. Four by six, semi gloss, two-sided on luxurious stock paper with rounded edges. To me they looked like a cross between a tarot card and a dance invitation. 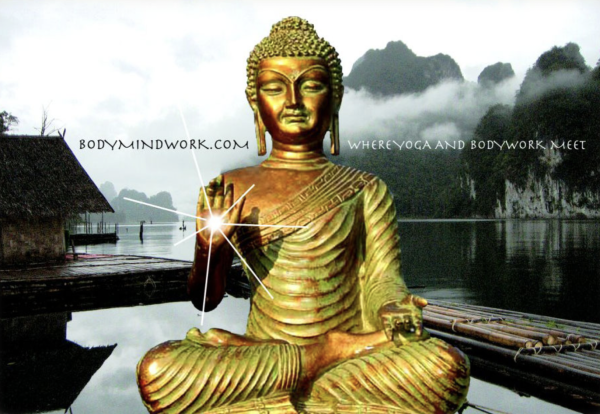 The Front of the Buddha Card

The background image came from a photo I had taken a few decades earlier at Khao Sok national park in Southern Thailand. It’s a ten square mile lake where some prehistoric birds can still be heard and observed. They exists only in this parts of south east Asia. I partook in a Thai massage course on a small landmass in the middle of the lake. I couldn’t tell you exactly anymore what I learned, but the images of wispy mists, rising from the waters in the early mornings, are still present in my memories to this day.

I wanted to super impose the image of a golden Buddha over the mystical landscape. I went to Jen, a young woman living around the corner from me at the time. She had recently started a graphic design business and I became her first client. Jen liked the idea of using my own photo and voila the Buddha card was born!

Currently, my proverbial landscape has completely shifted. The online yoga and all of you have taken centerstage in ways I never imagined.

In the morning, I am gazing through the windows of the yoga room. I often see the San Francisco fog rolling in and will mention it at the beginning of the class. I have reconnected with students and friends that I had not seen for many years.

Last, but not least, my personal practice feels slower and richer somehow.

Time for the debut of the next card in the deck! After all we process our lives largely through images. I attempt to convey this during our online classes we share almost daily. If you would like to receive a couple of hardcopies for your collection or to give to a friend, drop me an email with your mailing address. I’ll promise to send you a few! 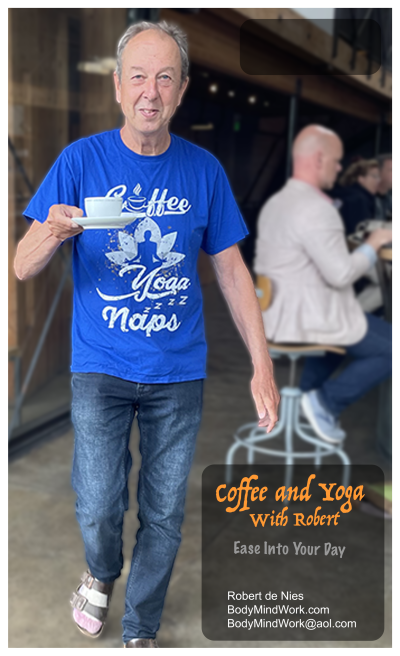 Taken at Sightglass Coffee on 7th Street in San Francisco

The Buddha card has traveled all over the world from Thailand to Ghent, Belgium and most American states in between. With the help from all of you, I envision circulating the “Coffee and yoga cards” far and wide. 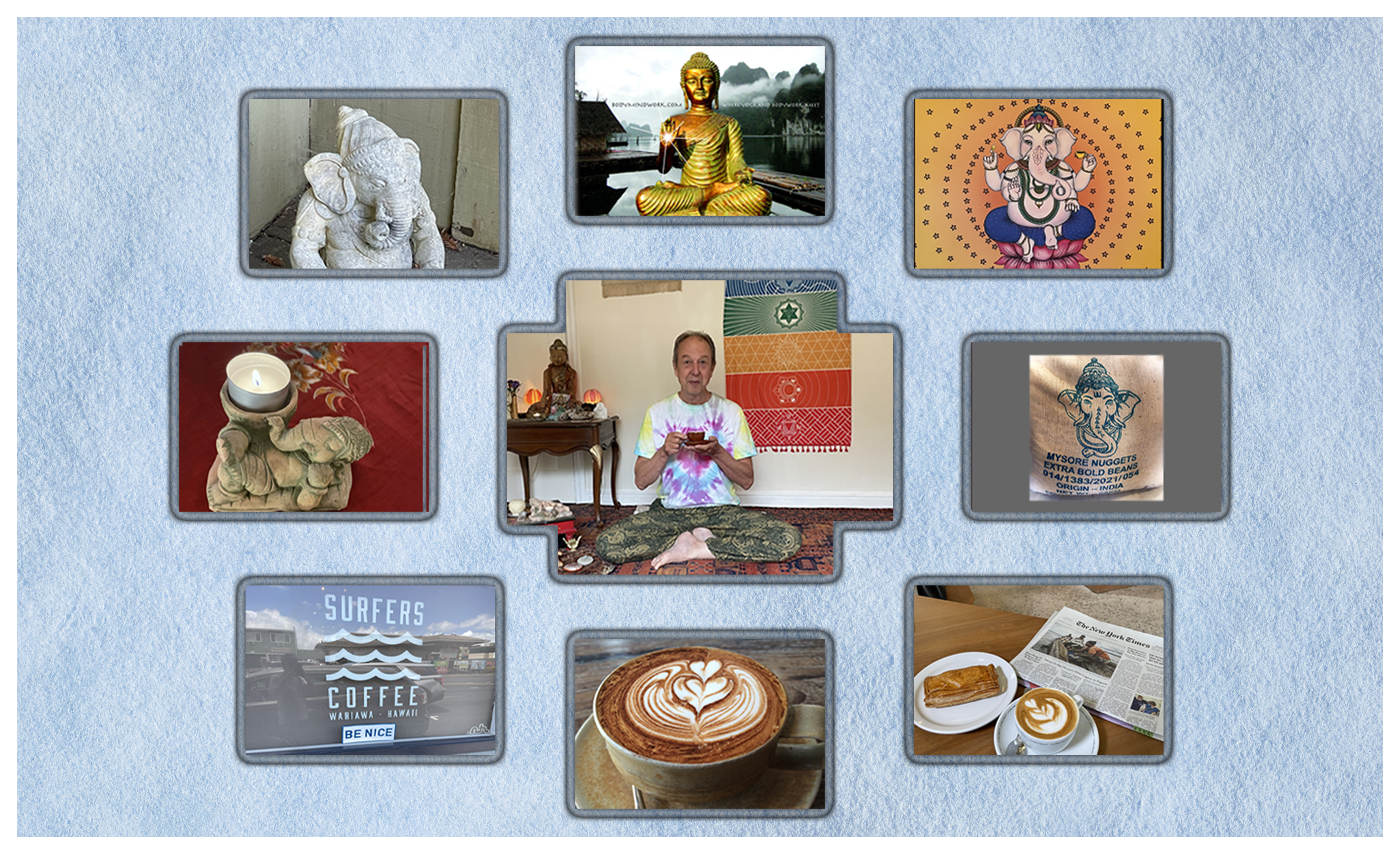