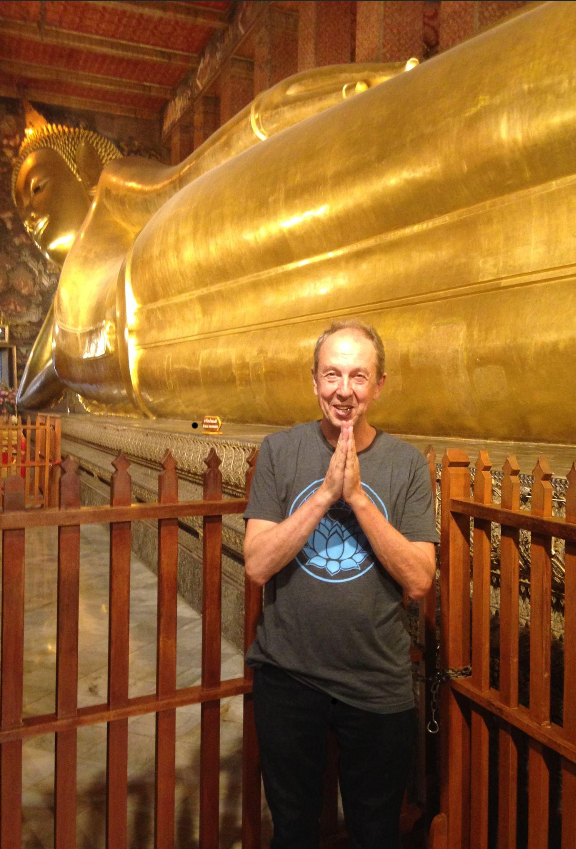 On January 26, now almost a year ago, I celebrated my 65 birthday in Chiang Mai, Thailand. I had arrived a week earlier to get my bearings. I’ve been visiting Chiang Mai for well over twenty years now, consider it a second home. Between the middle of November and the middle of February a tribe of Thai massage students will descend on the old city, as it is a little cooler at that time of the year.

When I walk around the old part of the city, even for a short length of time, I’ll run into a friend or acquaintance from the past. Somehow the place has a small town feel to it, with narrow alleys and cozy little restaurants.

On Monday the 27th I would begin a five day course at the Sunshine massage school with Ralf Marzen. Ralf is a gentle soul who divides his time between London and Amsterdam, running a Thai massage school called Mudita. I’ve studied with him repeatedly over the years and in a way I simply wanted to hang out with him and others in the Thai massage world. 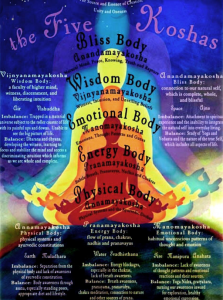 The course had no manual and no new massage techniques. Instead we explored the kosha’s as they are called in yoga. These are the five bodies or layers, from the densest to most etheric.1

In the mornings we would pair up and check in with each other, actively listening.
Then we danced, meditated and focused each day on a different kosha.

During the afternoon we took it to the mat so to speak doing informal free style Thai bodywork with one another, being inspired by the kosha of the day.

The group had about a dozen people mainly from Europe, but also a guy from India and a European American, Hans (originally from Germany) who worked at Harbin Hot Springs in Northern California. In fact Hans had the same birthday as me, a year apart!

Slowly the group began to become one organism as we started to touch each other, sometimes quite deeply, on many levels.

It was a great setting for me, feeling quite at home in the space with big windows, surrounded by trees. So often I’ve come to Thailand to learn yet more and different massage techniques.

Now time to sit, absorb and simply be. Had I taken this course a few years earlier I may have been frustrated by the “lack” of new techniques, now the freedom of it was perfect.

Ralf invited us for “a deep dive”, little did I know at the time how that would come to resonate later. 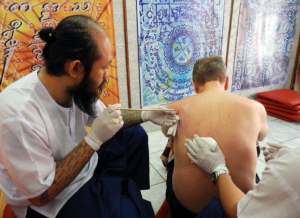 After the course ended I decided to make a symbolic connection with Thailand that I had been contemplating for quite awhile, years in fact. I would get a Sak Yant. A Sak Yant is a sacred tattoo consisting of mantra’s and symbols usually in the Khmer and also Lanna language. Typically it is administered by hand with a steel rod, not a tattoo machine. The blessing that comes with it is at least as important as the tattoo. You have to live up to the blessing, otherwise the Yant looses it’s power. 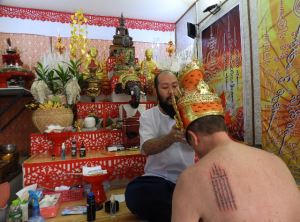 The Sak Yant is given either by a monk or an ajarn (teacher).
The first order of the day had been to find someone that could do it clean and safe. Equally important, the vibe: the feel of the person. I connected in the heart of the old city with Ajarn Dam. He felt strong, yet very gentle.

Later in the evening after receiving the Yant, I retired early. At least I tried, as my skin still felt hot and itchy as if I had gotten a sun burn. I needed to keep the area dry, occasionally applying coconut oil to provide moisture. I wanted to rest well as the next morning I would visit five totally different temples with two American friends. Finally I managed to fall asleep, having been inked manually for the first time in sixty five years. 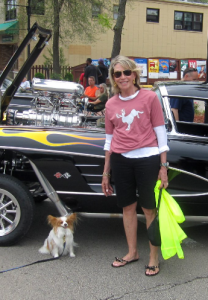 At 4:30 AM my phone pinged a text. I’m in the habit of turning my phone off before retiring. Somehow I forgot. I sleepily looked up at the text, expecting commercial spam and was immediately jolted wide awake. A student and dear friend, Kathleen Gillam, had just passed away. Lisa, Kathleen’s friend and I texted back and forth for awhile as I tried to wrap my head around what had happened half a world away.

I stayed up the rest of the early morning thinking about Kathleen with all kinds of memories flowing through me. I had just visited her a week or so prior to my journey. She wasn’t doing very well, suffering a debilitating illness, yet I was certainly expecting to visit her again soon upon my return.

Kathleen had invited me to her home in Hillsborough to discuss some business ideas. Her whimsical dog Henry close by her side, we had tea and chatted. She was a devoted yoga student and would bring coffee for me to drink while teaching my yoga class. It was kind of an inside joke. She liked to dress in designer clothes with matching bags and fancy shoes and would playfully mock the “hippie” yoga outfits I favor. Birckenstocks were not in her wardrobe!

Now I would not see her anymore, ever. It did not feel real and at the same time it was slowly sinking in. I stayed up the rest of the early morning thinking about Kathleen. 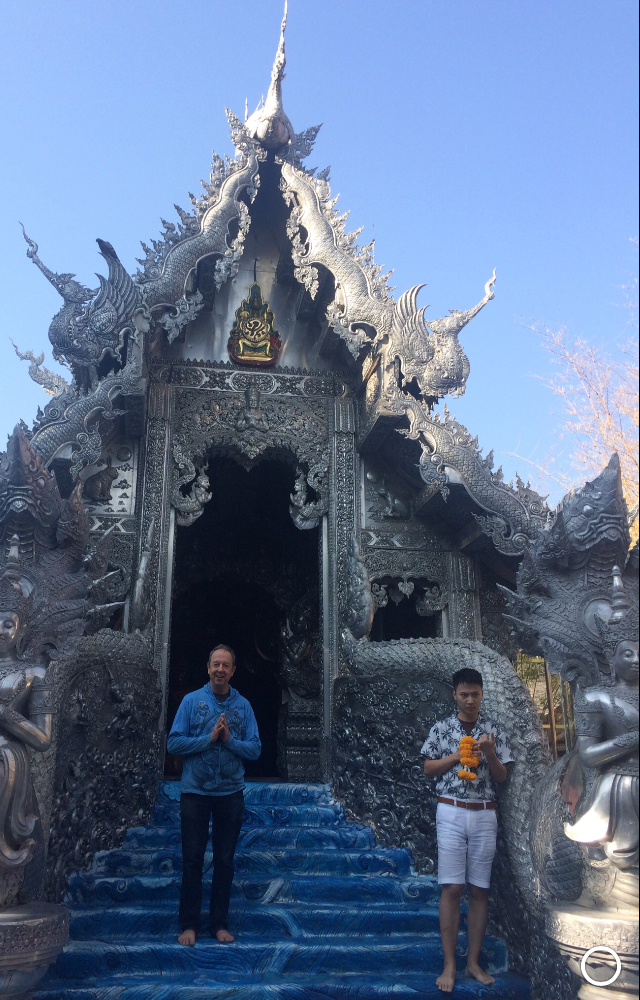 A few hours later I met up with Cathy and Jackie, going to a favorite breakfast place in a back alley. A tuk-tuk driver was waiting outside to take us on a well thought out temple tour. There are over 300 temples in Chiang Mai, we would spend some dedicated time in five unique ones.

Cathy belongs to a Burmese Buddhist order and told me that it was the perfect venue to pay homage to my deceased friend. I did just that, it was bittersweet yet felt meaningful. I felt the Yant’s support in my left upper back.

Later that evening when I was at my guesthouse I cried, no I actually wept. I honestly don’t know if I could have found the time and space back home for this kind of grieving. It simply happened.

A week or so back Ralf had invited us for “a deep dive” as he called it at the onset of the course. Little did I know at the time, that yes I would dive deep.

I have been wanting to write this essay for many months now. Somehow I didn’t. Wasn’t sure how to combine these seemingly different events. Now that I finally put the pen to paper, it’s all coming together. It feels like Kathleen gave me one more playful little nudge.