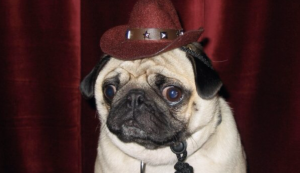 Recently our beloved dog Otis, a remarkable pug, took his last breath while resting on my chest, with my gir 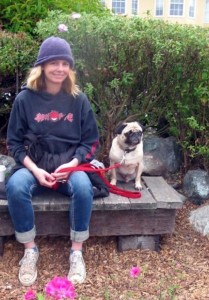 lfriend Cindy watching over us both. The grief has been immense, he was part of our pack. No two ways about it.

I had never been a dog person until I met Cindy, but I was always attracted to pugs somehow. Otis entered our lives when he was just six weeks old. He was the most joyous playful being I ever, ever met!

Now I’m sitting at a roadside cafe in Northern Thailand, a few weeks later, grieving him.

While here in Chiang Mai, I’m presenting a couple of classes at the Sunshine massage school on opening the hands. I’ve come to view the hands as an extension of the heart. In Chinese medicine both the heart meridian and the heart constrictor (pericardium) travel from the chest along the inside of the arms ending in the hands. 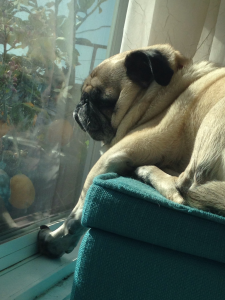 Otis has been the official greeter of every one of my clients for the last thirteen years. He would be the first one to greet them at the gate with his joyous humorous self. As the guests and clients were petting him their hearts softened and opened already. That’s what Otis did!

Though I traveled half way across the globe, I’ve of course taken myself with me. I let myself feel the sorrow and cry just about every day.

Here I have more time for it as everything slows down as it always does for me in Thailand. 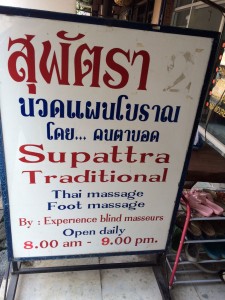 Twice a week I have been getting Thai massage treatments from a well known therapist who slowly unwinds every layer of tension in my body. She does so without haste and with such patience it’s hard, if not impossible, to find in the US. As her hands knead the tender spots in my body, floating images of Otis travel through me.

A few days ago I had a particularly emotional day. I awakened out of a very vivid dream, “hearing” the wheezing sound Otis made minutes before he passed. I was bawling, it came from very deep inside me. Later that afternoon, by pure chance, I stumbled upon a weekly laughter yoga class at Yoga Tree in Chiang Mai.

I always tell my own students that the root meaning of the word e-mo-tion, has it roots in energy in motion. Emotions are neither good or bad per se. Feel them, embrace them, yet the problem arises when we get stuck. Like a needle of a record player getting stuck in a groove. 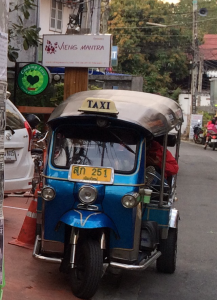 So that afternoon I summoned a tuk-tuk driver to go to the laughter group. In a group like this there is playful laughter continuously brought forth not by jokes or other reasons. Just laughing for the sake of laughing. It’s interspersed with breathing practices, followed by more laughter!

It was interesting that after an hour I became physically tired and wanted to sink back into my now familiar melancholy depression. Yet the class was another half hour and the instructors Karen and Man Yee were just awesome and inspiring. So I stayed with it and laughed! Did it cure the grief? No, of course not, but it really helped to move the energy so to speak. 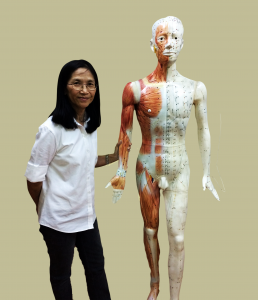 I’m having a consultation with Mungkala, a local Chinese medicine practitioner. Her friends call her Rungrad. I’ve known her for about twenty years and she’s seen me both when I was healthy as well as when quite ill. She even has a chart on me! I made the appointment about ten days ago when I had gotten quite congested with a persistent cough. It always feels different being unwell in hot and humid weather, like you shouldn’t even have a cold in it. Also harder to figure if you’re feverish or simply hot. I used to be able to see her on the same day, now she runs a large clinic with acupuncturists and a whole staff. The ten day wait has helped!

My symptoms have largely disappeared, yet I’m keeping the appointment. When we meet Rungrad does what she does well: takes my pulse and looks at my tongue. Then we talk about what’s really going on: the loss of Otis. She shares with me that she had seven dogs all about the same age. In the last year or so they all died, each about two months apart. Now we’re both quite teary eyed: the doctor and the patient. She also explains to me that our dogs are like children, very much part of the family and that we need to grieve for them. 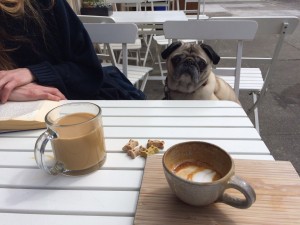 A few days later I’m out for my morning coffee. Back in the day, good coffee was hard to find in Thailand. Now little boutique coffee shops have sprung up all around Chiang Mai. 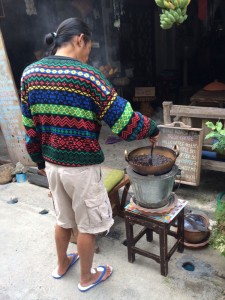 at morning I’m walking in a small soi (alley) past a guy who roasts his own coffee in a wok in front of his shop right on the street.  I am intrigued as I love all things coffee! The place is called “The Funky dog”, I take a seat. 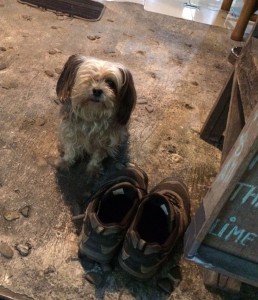 Soon a small dog appears who’s full of joy. He’s bouncing with life though he has just one eye. Hence the name of the place: Funky dog.

Dogs are like that, completely in the moment. I suddenly remember Otis when he was a little puppy and got a nose job! For real, the vet made his nostrils a little larger to ease his breathing. Pugs tend to snore, grunt and sneeze a lot as they have a harder time breathing with their cute flat faces.

Otis did all those things too continuously, even after his surgery! When he came home from the vet, he was wearing a cone of course. Not bothered by this even one bit, he utilized it to scoop up his toys eagerly. This was how it was going to be! I’m smiling fondly as I’m remembering this.

Cindy asked me to take pictures of foo dogs while here.Perhaps even bring one home to put in the yard in memory of Otis. Alas, they’re way too heavy for transport! Foo dogs are mythical beasts who often guard Buddhist temples as well as homes. They are considered lions though they often resemble chow chows.

I keep my eyes open and find many: some are fierce, even mean looking, a few more comical. They remind me of Otis.

This was my 12th trip to Thailand, I consider it a second home that’s given me so much. Each trip has had a totally different meaning and purpose, often unfolding only after I arrived.

This trip has been about reflecting, taking the time to grieve. Enjoying the many dogs that roam the streets here and the foo dogs at the temples. 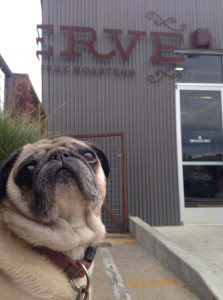 It’s been therapeutic though to stroll through Chiang Mai, capturing their images. Many are fierce, almost mean looking. A few are more comical, they remind me of the pug.

Even in his death, Otis the legendary pug of the Outer Sunset (our neighborhood in San Francisco) is still managing to open my heart…. 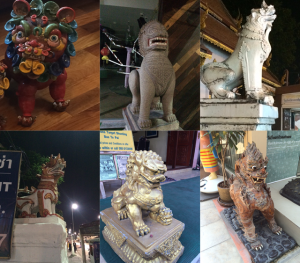